Therapeutic Guidelines would like to congratulate our Developing Countries Program Manager, Erin Nunan, on receiving the Early Career Pharmacist of the Year award at the Pharmaceutical Society of Australia 2016 Excellence Awards. The award is based on significant achievement in an area of excellence within the year or a recent period. The Early Career Pharmacist of the Year receives the PSA Excellence Awards medal, along with a Symbion Education Grant, valued at $9,000.

This is well earned recognition for Erin’s amazing work in the Third World. Erin left Australia in 2008 to improve the lives of thousands of people working in difficult, remote communities across the world. Erin has worked in the Solomon Islands (SI) where she led the development of the SI National Adult Treatment Guidelines and National Children’s Treatment Guidelines. She subsequently worked with the World Health Organisation (WHO) to draft the Solomon Islands’ National Medicines Policy, and after a brief stint as a pharmacist with Aspen Medical in Timor-Leste, she became involved in helping to reduce AIDS in Swaziland, which has the highest HIV rate in the world, through the Clinton Health Initiative.

As part of her role at Therapeutic Guidelines, Erin is managing the Developing Countries Program which includes improving access to quality therapeutic information, providing training and capacity building, and supporting the development of local standard treatment guidelines.

Everyone at TGL is very proud of Erin’s achievements and congratulates her on this prestigious award. 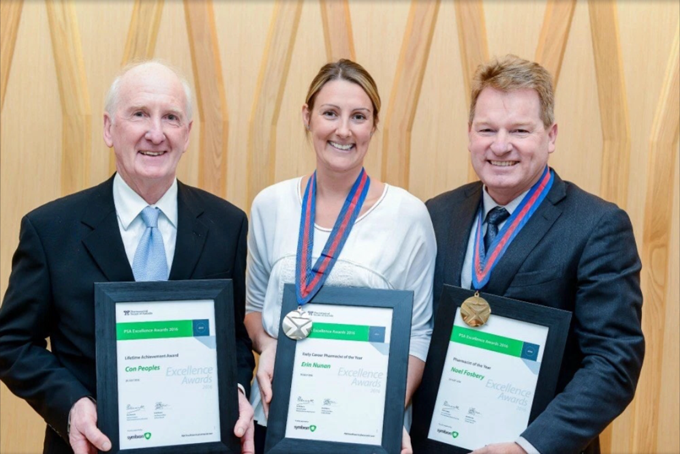